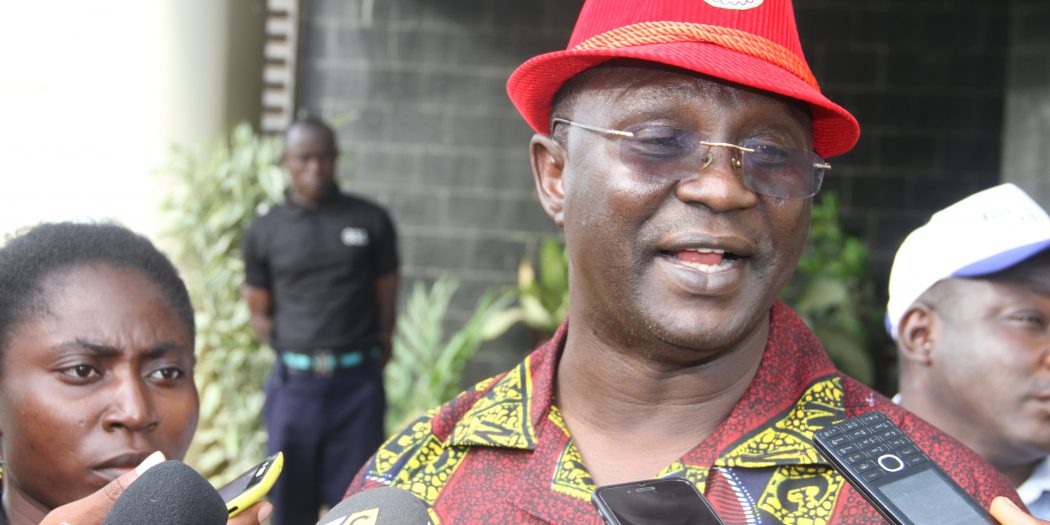 AYUBA WABBA AT ILO DEMAND END TO VIOLENCE AT WORKPLACES

Share this on WhatsApp
The Nigeria Labour Congress [NLC] affirms that the recent February 2017 xenophobic attack like previous ones (in 2008 and 2015) is yet another unacceptable and avoidable development.

We totally condemn it and call on the South African Government to move without further delay to take actions to prevent another occurrence.

People, especially migrants, refugees and asylum seekers all over the world are and should be welcomed and not made targets of conscienceless attacks.

For Africa and South Africa, the pursuit of togetherness, care, warm reception towards and hospitality to others are some of the enduring attributes and essence of the Ubuntu spirit.

It is unacceptable that foreigners, migrants, refugees and Asylum Seekers are labeled criminals as a justification to subject them to extra-judicial actions.

NLC considers the South Africa Government’s condemnation of this recent xenophobic attack as a positive action.

We however call on the government to go beyond condemnation to investigate, prosecute and sanction persons, groups or individuals that might have played any role in this mindless attack on foreigners.

A conscious approach to accountability will send a firm signal to other potential xenophobes and xenophobia instigators and participators of the consequences that await perpetrators.

It is in this light that the NLC condemns the December 2016 unguided and inciting comments of Mr. Herman Mashaba, the Mayor of Johannesburg when he was widely quoted as blaming foreigners for crimes and asking them to leave the city.

We consider the Mayor’s comment as careless, uncharitable and combustive.

Xenophobes find comment such as this as inspiration, especially as it is coming from high and official quarters. We expect that public officials should know better and act wiser.

Furthermore, NLC wishes to state in clear and strong terms that African workers and their trade unions will continue to stand for and defend civil liberties of all people, creed and race.

We consider this our contribution to humanity and the quest to attain social justice. Our contributions that led to the defeat of Apartheid were informed by this same logic.

It was a duty to stand up and oppose injustice of racial minority white rule that marginalised and serially, mindlessly abused the psyche of the majority of the people.

We never saw it as a debt that a liberated South Africa should pay back to the rest of us.

Rather, it was a duty to us to stand against injustice anywhere, anytime.

Yes, it is clear for us to see and know that the ills and effects of Apartheid that left not a few people and their communities dehumanized and ravaged, including breeding hate is largely still triggering and feeding xenophobic attacks in South Africa.

In essence, the vestiges and hang-over of Apartheid must be consciously, systematically, steadfastly dealt with.

We equally note that democracy and governance are not delivering the anticipated, needed and urgent gains to people.

Endemic poverty remains high amongst the majority of the people, unemployment amongst all age groups and gender is growing with the youth and women more affected.

This is against the background where global wealth (including in Africa) continues to grow, but the gains are crassly appropriated by the 1%.

Worst still, the class of the 1% has successfully captured power and government and so they continue to attract and enjoy obscene concessions and patronages from politicians and governments to the detriment of the constituents and constituencies that elected them.

Xenophobia thus becomes one of the ways that accumulated and growing frustrations find expression.

Despondency and hopelessness are on the increase.

Not a few persons easily become gullible and susceptible to manipulation such as the one currently, dangerously spreading with the undertone of nationalism and pedestrian, narrow patriotism.

Extremism and hate feed on these.

We therefore call on the South African government to do a thorough interrogation of xenophobia within her borders and to take progressive measures to rein it in.

We also ask the government to muster effective protection environment for foreigners.

We are of the view that simply labeling people as xenophobes will not serve any useful outcome.

Rather, we urge courage, incisive and profound approach to use education, economic palliatives and political uprightness to counter xenophobia.

We equally call on African governments to demonstrate responsive, responsible and accountable stewardship to their people as ways to mitigate the growing frustration and despondency among the people.

Migration is and should be voluntary and optional.

Factors that make it a necessity and zero-sum choice should be removed through imaginative leadership.

Warning Strike,  NLC: We Are Taken Aback By the Minister’s Outburst.

Our attention has been drawn to the threat by the Honourable Minister of Labour and Employment, Dr Chris Ngige to outlaw warning strike and to invoke the clause of “no work no pay” in the event of the use of warning strike in the future as according to him, warning strike is not known to Labour Laws. We are taken aback by the claims of the Honourable Minister.
Accordingly, we find it necessary to state that whether warning strike is in the corpus of the Nigerian Labour Laws or not, unions over the years across all climes use warning strike as a bargaining device to bring to the negotiating table, recalcitrant employers or social partners. In other words, it is a tradition that has acquired the force of law. The efficacy of warning strike cannot be in doubt as it is reason why the government, led by the Honourable Minister himself is now negotiating with ASUP executives.
In the annals of labour history, warning strikes have had the distinguishing feature of saving the parties to disputes the rigours, costs and pains of full-blown strikes. This, the Honourable Minister, a cerebral mind a former Union leader, very well knows. Why then would the Honouràble Minister be canvassing a position that is at once extreme and intolerant of further dialogue which is the mainstay of Labour-Government relations! We find it necessary to caution that a hasty resort to legalese as a basis for conflict resolution will not be helpful.
However, the truth of the matter is that if strikes are guaranteed by the law, we do not see how warning strikes can be illegal. We do not intend to resort to unnecessary pedantism, but quite often, a literal interpretation of the law falls short of the intendment of the law. Accordingly, warning strikes will continue to be part of our engagement with all employers including government, when necessary. And we believe we are deserving of commendation for this thoughtfulness/ discretion and not vilification.
Dr Peter Ozo-Eson
General Secretary

The Nigerian Labour Congress (NLC) has expressed surprise over the threat by the Minister of Labour and Employment, Dr. Chris Ngige, to outlaw warning strikes and to  invoke the clause of “no work no pay” in the  event of the use of  warning strikes in the future as according to him, warning strike is not known to labour laws.

The General Secretary of the NLC, Mr. Peter Ozo-Eson, in a statement yesterday, maintained that warning strike had been one of the bargaining strategies of labour unions across the world.

“We were taken aback by the claims of the minister. Accordingly, we find it necessary to state that whether warning strike is in the corpus of the  Nigerian labour laws or not,  unions over the years across the world use warning strikes as a bargaining device to bring to the negotiating table, recalcitrant employers or social partners,” Ozo-Eson.

In other words, he said it was a tradition that has acquired the force of law.
He stressed that the efficacy of warning strikes cannot be in doubt as it  is the reason why the government, led by the  minister himself is now negotiating with Academic Staff Union of Polytechnic (ASUP) executives.

The union Secretary, reminded the minister that in the annals of labour history, warning strikes have had the distinguishing feature of saving the parties to  disputes the  rigours, costs and pains of full-blown strikes.

TheDetail is an online news based in Nigeria, a Division of Ovah Global Multipurpose Services.
Previous Welcome to NLC Official Blog
Next Leadership and the Challenges Of Good Governance In Nigeria