ADDRESS BY COMRADE AYUBA WABBA, mni, PRESIDENT OF THE NIGERIA LABOUR CONGRESS (NLC) ON BEHALF OF THE WORKING PEOPLE OF NIGERIA DURING A COURTESY VISIT TO THE LEADERSHIP OF THE HOUSE OF REPRESENTATIVES ON 3RD JUNE, 2020. 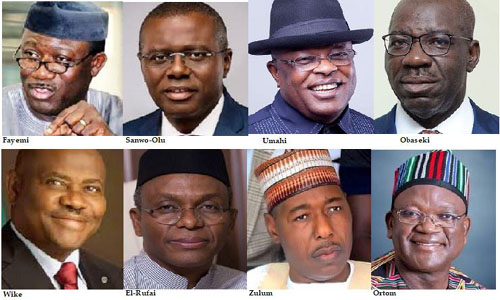 As the deadline giving by the organised labour to states over the consequential adjustment on the N30,000 minimum wage ends today,  reports have shown that some affected states may have finally conceded to labour’s threat by agreeing to pay the new minimum wage to their civil servants, while industrial crisis appears inevitable in some others as there are no signs of agreement between them and the labour union. TOBA AGBOOLA reports.

Going by the latest happenings, the organised labour has warned states that are yet to begin the consequential adjustment resulting from the new minimum wage, not to hold the union responsible for industrial action that may follow with expiration of the deadline today.

The Trade Union Congress (TUC) president, Comrade Quadri Olaleye, who spoke with The Nation recently, said state councils of the union have been mobilised to make governance impossible for recalcitrant governors.

He said: “Once the grace period is exhausted, the congress should not be held responsible for the industrial action that will follow.

“Our states councils have been mobilised to make governance impossible for recalcitrant governors. Let it be noted that it may not necessarily be on the 1st of February. But we are prepared,” Olaleye said.

Also at the opening session of the 2020 Joint National Public Service Negotiating Council Meeting (JNPSNC) in Yenegoa, Bayelsa State, the Nigeria Labour Congress (NLC) president, Ayuba Wabba, described those governors who have refused to do the adjustment as recalcitrant and black sheep.

Wabba, who was represented by the NLC Chairman, Bayelsa State, Bipre Ndiomu, commended the Federal Government for ensuring swift and seamless implementation, but described as ‘black sheep’ states who are yet to commence implementation.

TheDetail is an online news based in Nigeria, a Division of Ovah Global Multipurpose Services.
Previous JUST IN: Rivers seals off NLC secretariat over minimum wage face-off
Next Communique of the Nigeria Labour Congress